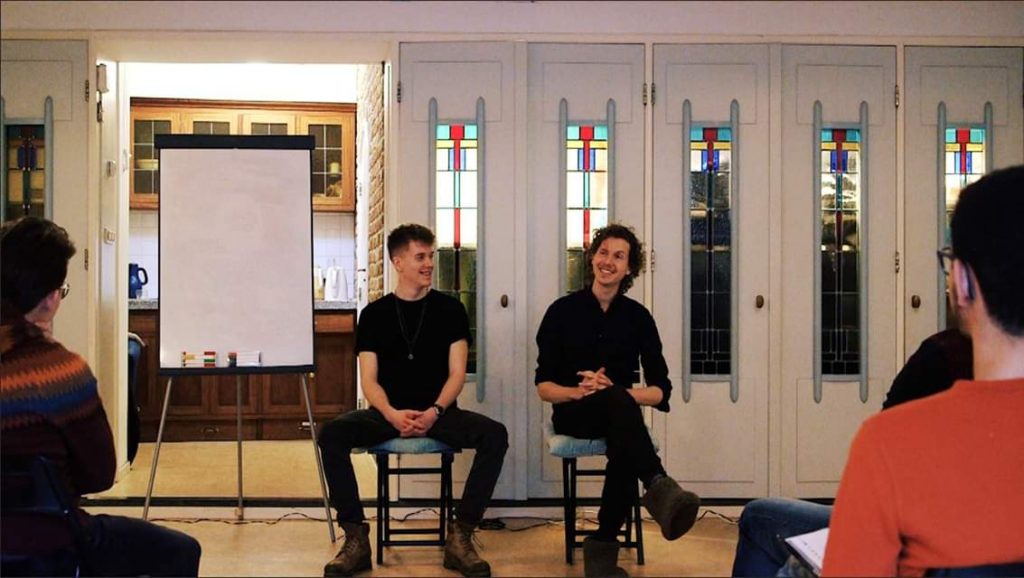 We are Hille Stellingwerf (32, photo on the right) and Sjoerd Stellingwerf (28, photo on the left). In 2015 we founded Broca Brothers. A speech therapy based on breathing therapy, our academic background in psychology and our own stuttering problems that we ‘overcame’.

Born into a real stuttering family, with cousins, uncles and aunts, grandfather, brothers and father who stuttered, there was no escaping it, so to speak: we were born to stutter. We both started stuttering when we were about five years old. The first years of stuttering were not that bad, but over time, stuttering got more and more of us in the grip.

Stuttering grew into a problem that went beyond the technical aspect of speaking. We developed a certain fear, shame and insecurity that prevented us from expressing ourselves freely and spontaneously. This is how we ended up in a real fight against stuttering, even after previous attempts at speech therapy and stuttering therapy to get rid of stuttering.

At some point we decided to look for the answer to our stuttering ourselves, looking beyond common theory and practice around stuttering therapy. We wanted not only to speak more fluently, but also to be able to do so spontaneously. We wanted to be able to express ourselves the way we wanted, without having to use speaking techniques and the like.

However, we had no idea where to start, and the first attempts were nothing to write home about. We tried many things: from addressing people on the street to affirmations in front of the mirror. After years of ‘wandering’ and running in a lot of wrong directions, we finally found the teachers who could show us the right way.

We eventually found the solution to our stuttering in the learning path we follow with a breathing therapist and Sjoerd’s university training as a psychologist. We learned that stuttering has to do with the relationship between body, psyche and energy system, in which the way we breathe plays a central role. Finally all the puzzle pieces fell into place.

We translated what we discovered into clear stutter language, tools and exercises, resulting in an innovative form of speech therapy. In addition to guiding people who stutter, we also write blogs about stuttering which can be found on this website. If you would like to contact us with a question or to plan an individual session you can do so using the form below.

Use this contact form to schedule an individual session, ask a question, or anything else you want to talk to us about. You can also email to info@brocabrothers.com.